Sometimes hiding a tattoo is not enough. There have been cases where an employee reveals a tattoo at a company gathering or event in view of their employers, who, in turn, can terminate the employee. Some corporations maintain a strict policy against visible tattoos, especially companies that must make a good impression on the general public. Clinical reverse tattooists are high in demand. Tattoos have become unfashionable in recent times and especially with certain employers. Hotels and restaurants demand that they are hidden from display and wear cover up sleeves.

British Airways is currently the subject of a BBC documentary called ‘A Very British Airline’, which has shown the strict standards the company has when employing cabin crew with tattoos. BA demand high standards whereby visible and non-visible tattoos are not permitted.

Qatar Airways policy regarding cabin crew, tattoos are under no circumstances allowed, regardless of the area they’re located in. This company does not tolerate tattoos and did not hesitate to make redundant senior employees when they introduced this rule.

Emirates policy regarding cabin crew tattoo are allowed as long as they are not visible whilst in uniform. “No visible tattoos while in Emirates Cabin Crew uniform (cosmetic and bandage coverings not permitted).” As a result there has been a surge of Emirates flight crew having them removed.

Etihad Airways policy regarding cabin crew tattoos. If tattoos can be covered by the uniform, they are not a problem. Camouflaging a visible tattoo is not allowed: “No tattoos that would be visible whilst wearing the Etihad uniform (bandages and cosmetic coverings are not permitted).”

Wizzair and Ryanair policies regarding cabin crew tattoos. Does not allow any visible tattoos. Only those that can be covered by the uniform are allowed.

Nearly all airline companies will never hire cabin crew with visible tattoos. Furthermore, there are companies that completely prohibit the presence of tattoos, no matter what area of the body they are located in. Generally, the policy says that no cabin crew can have a visible distinctive mark (tattoos, scars, birthmarks). Most uniforms for cabin crew consisting of a skirt/gymslip knee length and short-sleeved shirt, so that it is forbidden to have tattoos or any visible marks on any of the body parts in sight. The visible parts of the body are: face, neck, hands, arms, legs.

During the assessment day, recruiters might ask you to fill out a form where you mention if you have any tattoos, and where exactly are they positioned on the body. If you do not wish to declare a tattoo to the recruiters, it will eventually be revealed during the medical test that every cabin crew must undertake at the airline’s medical clinic, after the employment. In this case, your employment contract ceases immediately and you will be sent back home.

A tattoo does not constitute a crime in itself and getting a tattoo is not legally penalised. However, this does not mean that it is acceptable or commendable in the UAE. It is forbidden in Islam by virtue of a Fatwa issued by the Official Fatwa Centre at the General Authority of Islamic Affairs and Endowments, as it is considered a form of self-injury. It is also socially unacceptable and uncommon among Emirati people, and the removal of tattoos is a prerequisite for joining certain establishments such as the army, the police and most airlines including Emirates airlines.

If they are not visible, tattoos are not in themselves illegal or offensive. After all decoration of women with henna tattoos is a cultural norm in the UAE, the difference is, the application henna does not break the skin and therefore is not considered a form of self-harming…. just a temporary decoration. 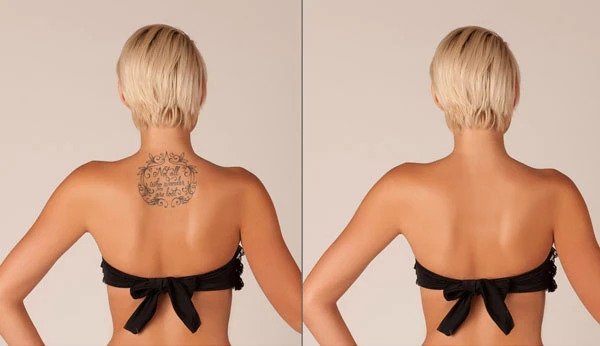